I’m not a vegan food blogger. This vegan mug brownie is actually the first vegan recipe I’ve posted on either of my blogs. That said, I think I’ve knocked it out of the park with this one.

With five ingredients and about five minutes, you’ll have a vegan mug brownie for one with 17 grams of protein and just 158 calories. It’s rich and chocolatey, and the cherries actually give it the appearance and texture of melted chocolate chips inside.

But enough talk, let’s get down to brass tax. 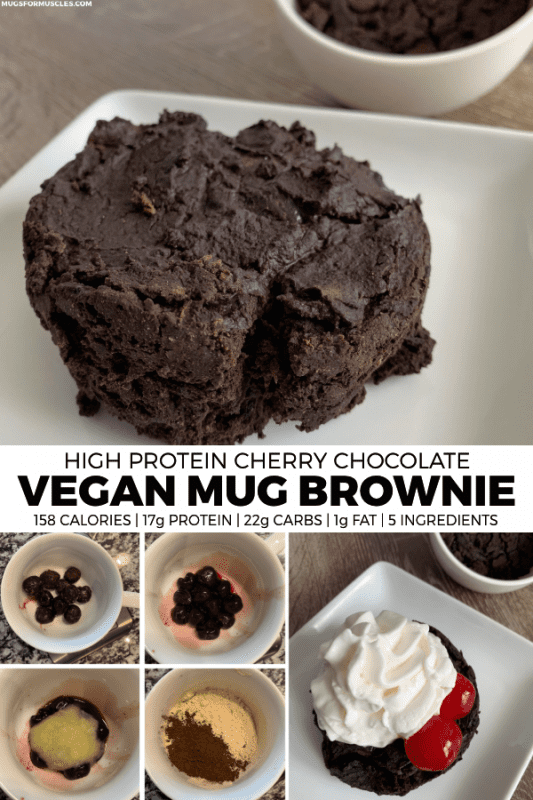 This cherry chocolate mug brownie was inspired by one of my most popular recipes, a one minute protein brownie that uses canned pumpkin to create a fudgy chocolate brownie. Instead of pumpkin, this version uses cherries and apple sauce (you’ll never taste the latter) to mimic the same fudgy goodness. 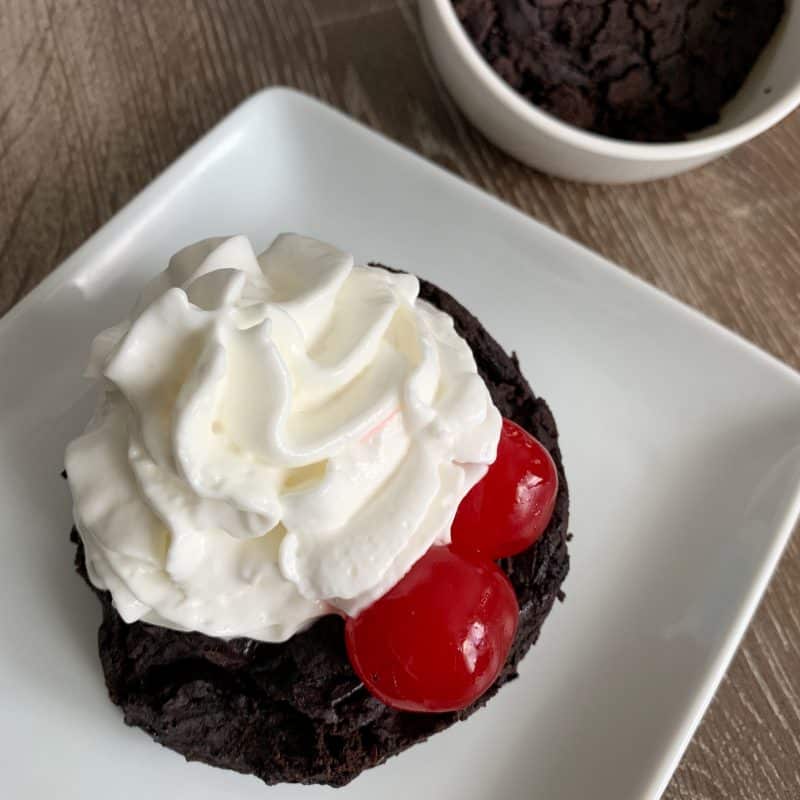 I’ll touch on a few ingredient notes and potential modifications below.

The most common question about any protein powder based recipe is about the protein powder itself. For this recipe, I used PEScience Vegan Select. If you’re familiar with my recipes, you know the whey and casein PEScience Select is one of my go-to powders.

I always like to say you can use any protein powder you’d like, but you may need to slightly modify the liquid ingredients to account for consistency differences. I’ve included process photos in the recipe card below so you can get an idea of what your brownie batter should look like before microwaving. 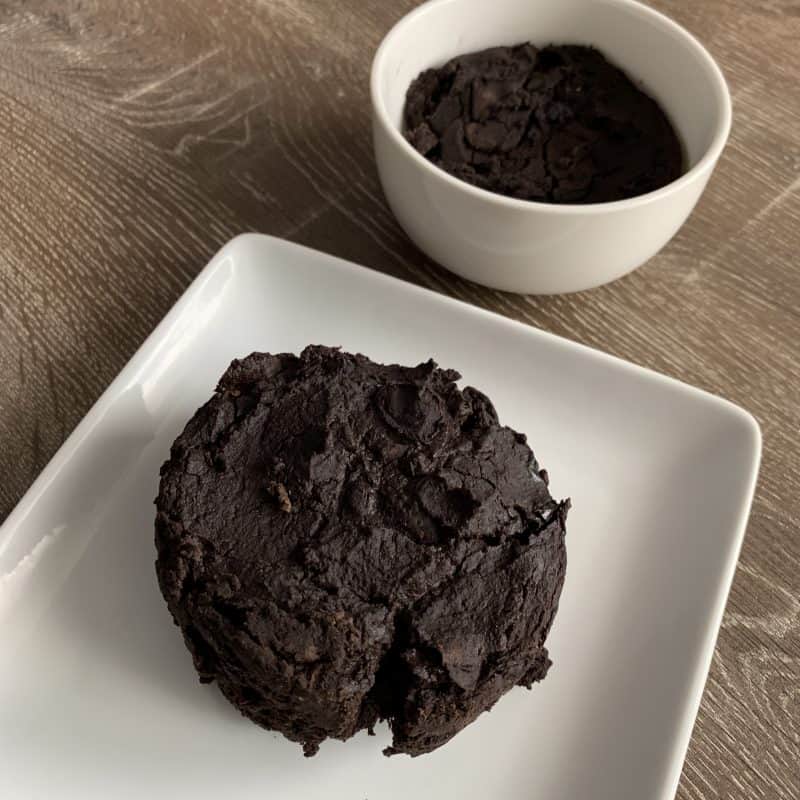 If you’re using a whey protein, swap it gram for gram but start with one tablespoon of apple sauce and add as needed. I’ve compared the PEScience vegan and whey/casein and found that the vegan requires roughly 50% more liquid ingredients to hydrate the batter.

Oh, and if you’re wondering why I use vanilla and add cocoa powder, it’s for a more authentic chocolate flavor. If you wanted to use chocolate protein powder, omit the cocoa powder or add maybe a teaspoon.

Like I mentioned above, pumpkin makes a phenomenal brownie if you’re not a fan of cherries. Here’s a handful of other ingredient ideas that I like to use for similar purposes:

Note: I tend to use more carbs than fat in my recipes to keep them on the lower calorie end of the spectrum, but I’ll include fat sources as well.

All right, that’s plenty of options. Feel free to play around, but I’ll reiterate how amazing the juicy cherries are in this vegan mug brownie! 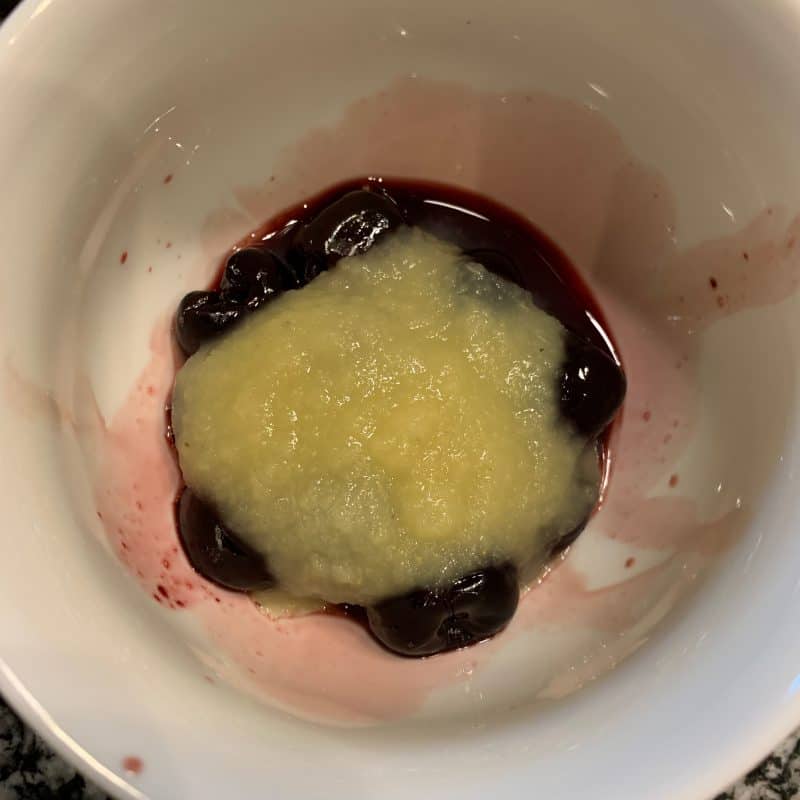 I’d Love to See Your Mug

If you make this vegan mug brownie, snap a pic and let me know what you think. Tag me on Instagram @mugsformuscles or join my free Facebook group and share it with the gang.

Since you’ll have cherries on hand, you might as well try my copycat cherry garcia smoothie bowl. 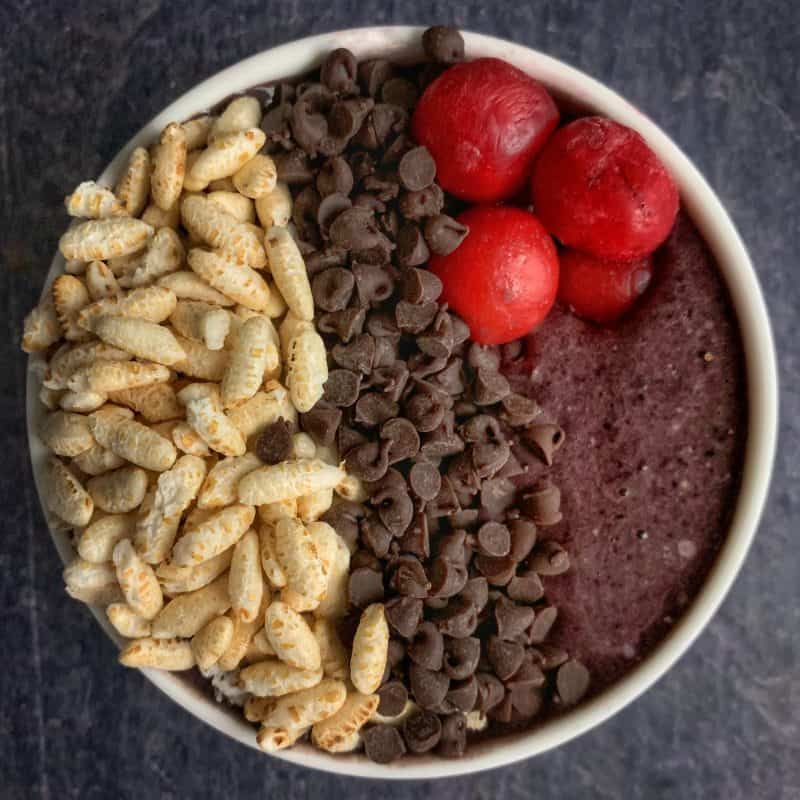 And if you love frozen fruit as much as I do, you’ll appreciate my protein ice cream recipes. Most will be as simple as swapping the whey protein for a vegan protein powder. 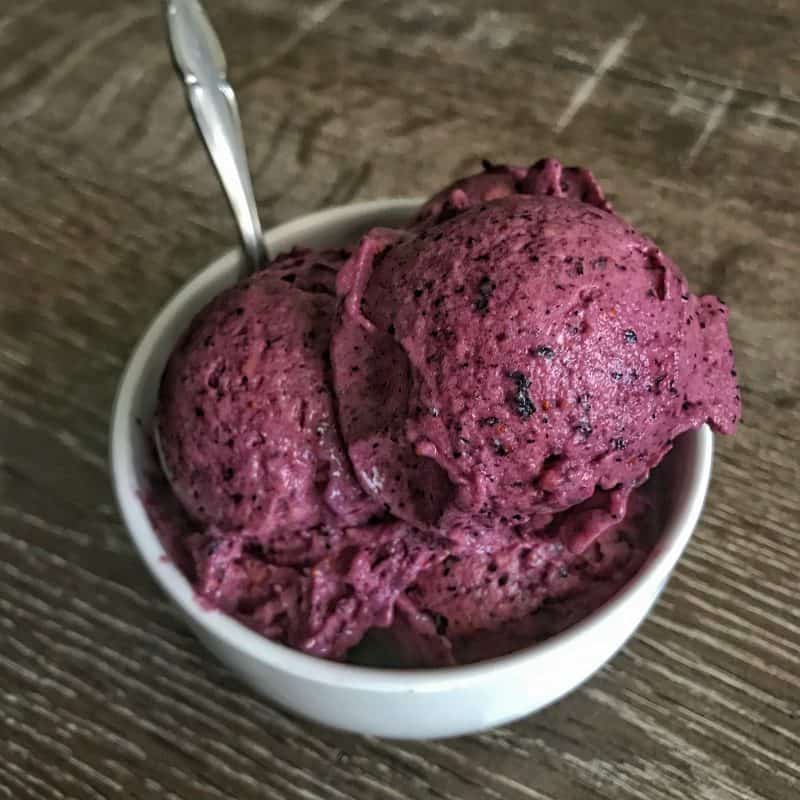 Huge fan of this recipe. Crazy good macros and great for satisfying cravings. I like to switch the cherries out for whatever frozen fruit I have around and it works great.