A favorite meal of mine growing up was my mom’s Mexican cornbread. She didn’t use a top secret recipe but instead used the ultimate ingredient of all—love. I’d be lying if I said this Mexican cornbread in a mug came close to my mom’s, but it’s ready in minutes, has fewer calories, and was definitely made with love.

There are two slight variations of this mug cornbread but both call for just four ingredients and the same steps. They’re as easy as mixing ingredients in a mug or bowl, popping in the microwave, and digging in. Whether you’re having chili, soup, or need a savory snack, this recipe should hit the spot. 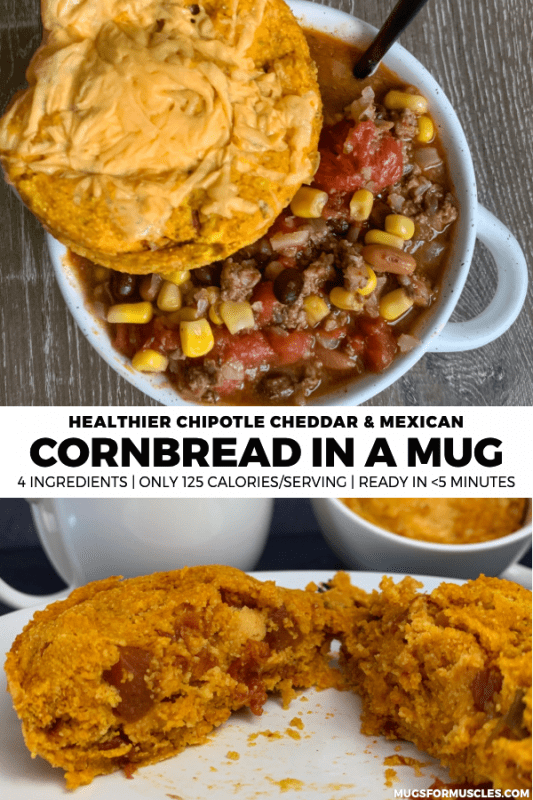 How to Make Cornbread in a Mug

Thanks to ready made cornbread packets and a few other quick ingredients, this cornbread will be in the microwave in no time. One ingredient that may catch you off guard is canned pumpkin.

Pumpkin is a magical ingredient that works in everything from pumpkin mug cakes and chocolate protein brownies to even cornbread. It has a mild flavor that’s hardly even distinguishable when combined with other flavors and mimics the effects of fat in recipes to a certain degree. In the case of this mug cornbread, that means you’re left with a moist and fluffy piece of cornbread instead of a dry, hard corn disc.

But don’t worry, I’ve included pumpkin substitutes in the recipe card’s notes section below. Let’s take a quick look at what you’ll need for each cornbread in a mug recipe.

For the Chipotle Cheddar Cornbread in a Mug 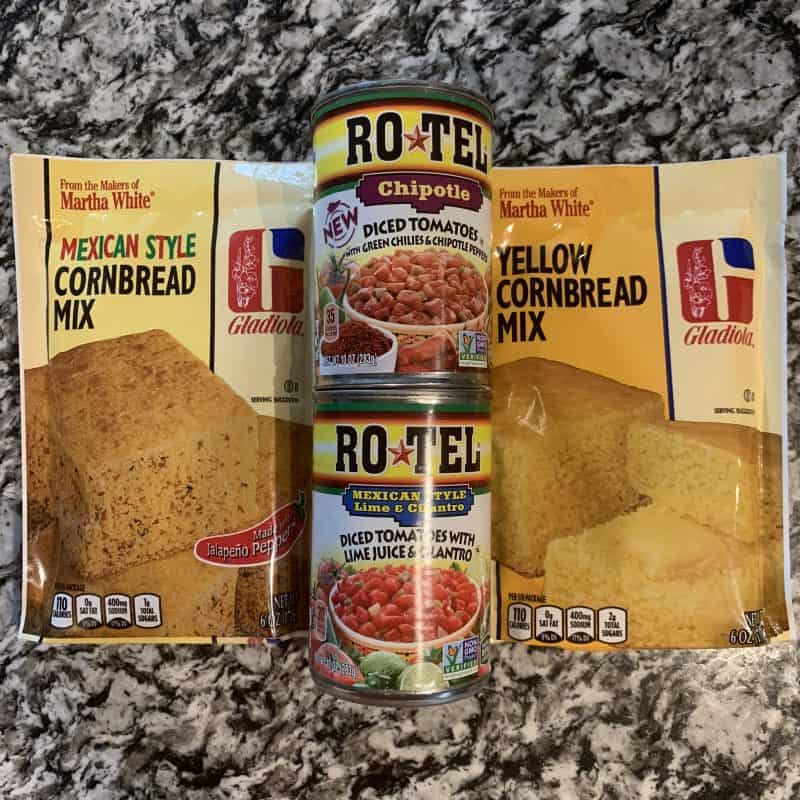 For the Chipotle Cheddar Cornbread in a Mug 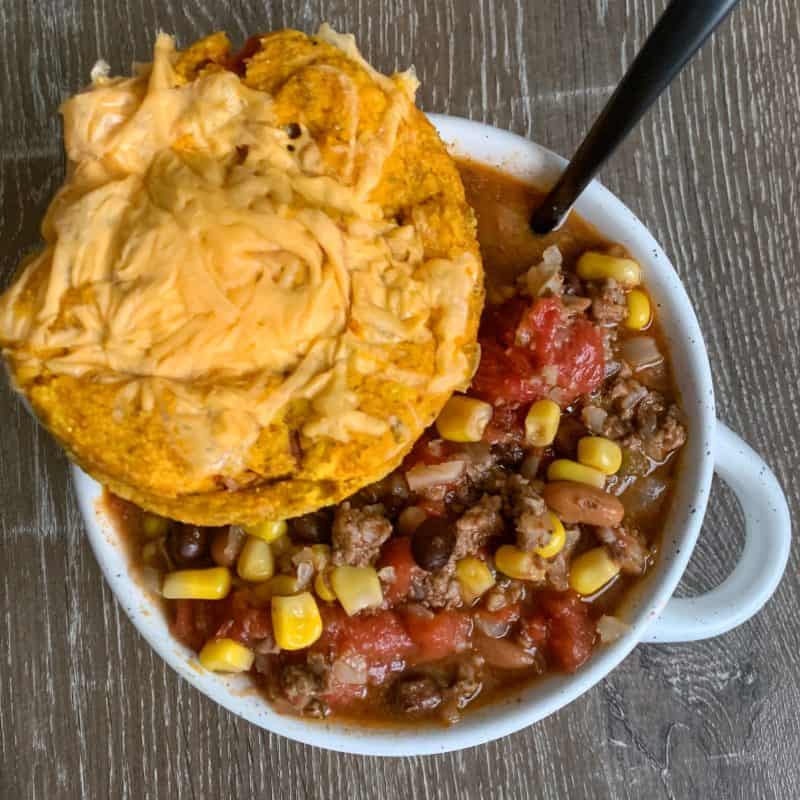 If you make either cornbread in a mug recipes, I can’t think of a better pairing than my High Protein Creamy Taco Soup. No matter what you pair your cornbread with, I’d love to see it. Snap a pic and tag @mugsformuscles on Instagram to show me what you come up with! 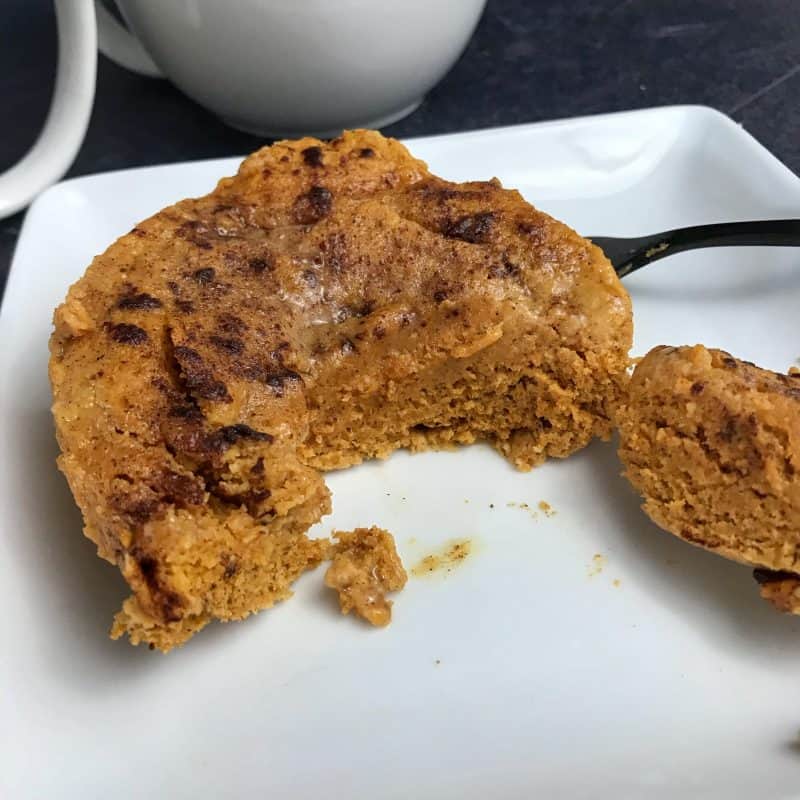 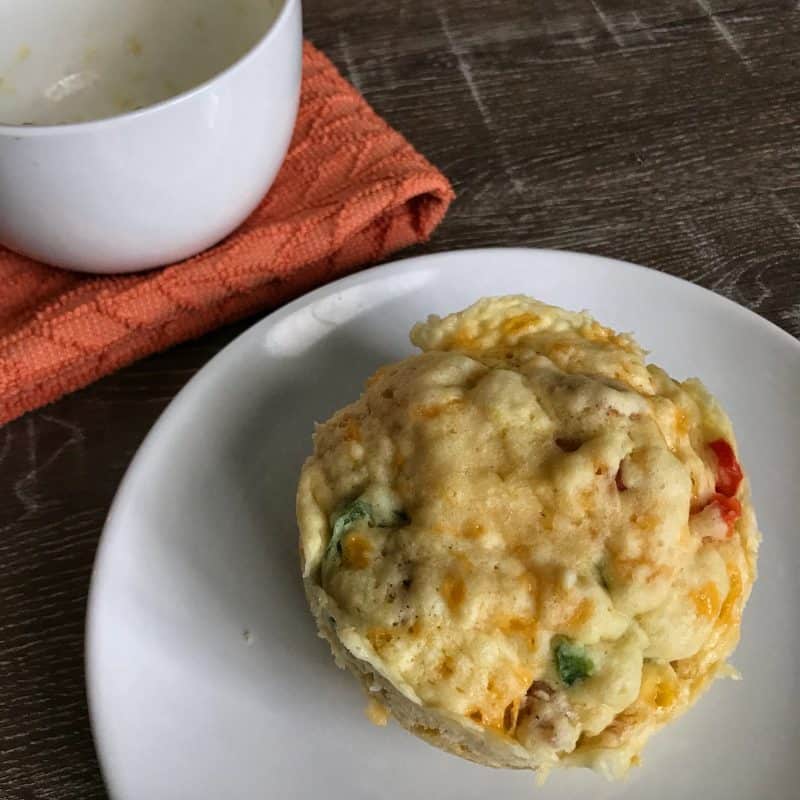