This low carb breakfast combines the best of both worlds with the heartiness of an omelet and the fluffy, savory goodness of a biscuit. And since it’s prepared entirely in the microwave, it’s perfect for even the busiest of mornings.

I will say up front, we’re not looking at a zero carb biscuit like cloud bread. Nope, there are 18 grams of carbs (mostly fiber) in the base recipe. But for a real biscuit, that’s about as low as you can go without going from biscuit to meh. 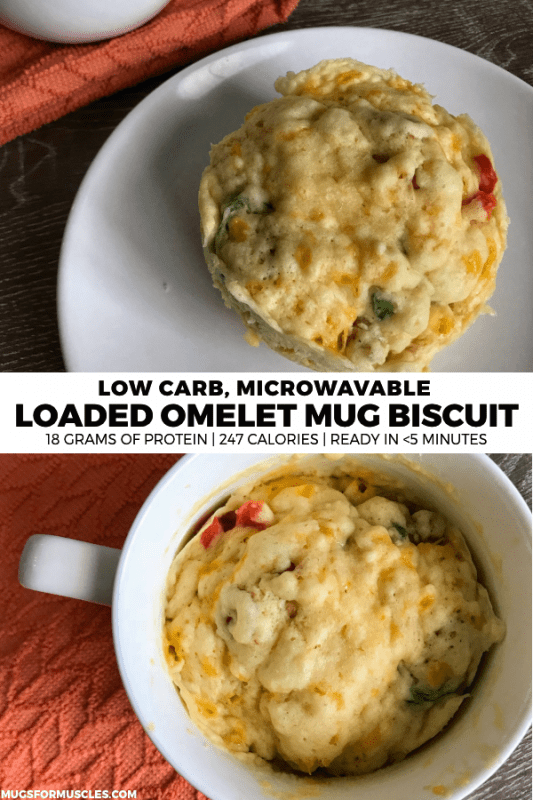 The star of the show is clearly Carbquick. If you’re unfamiliar with Carbquick, it’s a low carb breakfast staple in my house that touts 14 grams of fiber and 6 grams of protein per serving. It’s the bee’s knees, to put it simply.

I originally stumbled upon Carbquick when making these microwavable low carb bacon, egg, and cheese biscuits. If you don’t have Carbquick, you could use Bisquick or another biscuit mix. Since you’re not using a ton, the added carbs from Bisquick shouldn’t do too much harm. 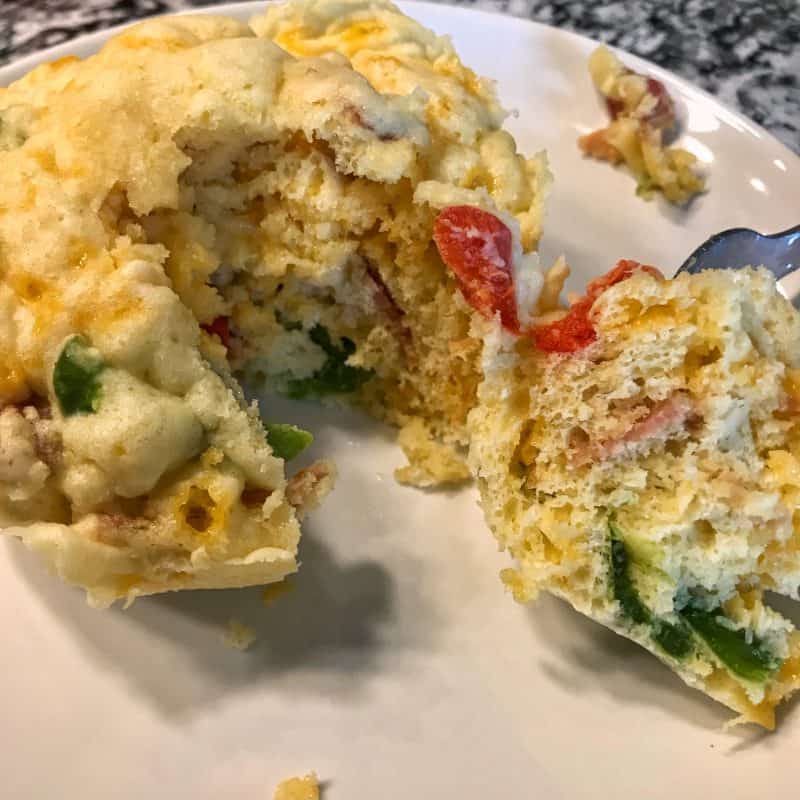 Beyond the Carbquick, you’ll only need a handful of other ingredients. I’ve included a few bullets in the recipe notes section about how using different ingredients can change the macros. If you need a lower calorie, lower fat biscuit, for example, you could easily swap a whole egg for egg whites and pork bacon for chicken bacon. 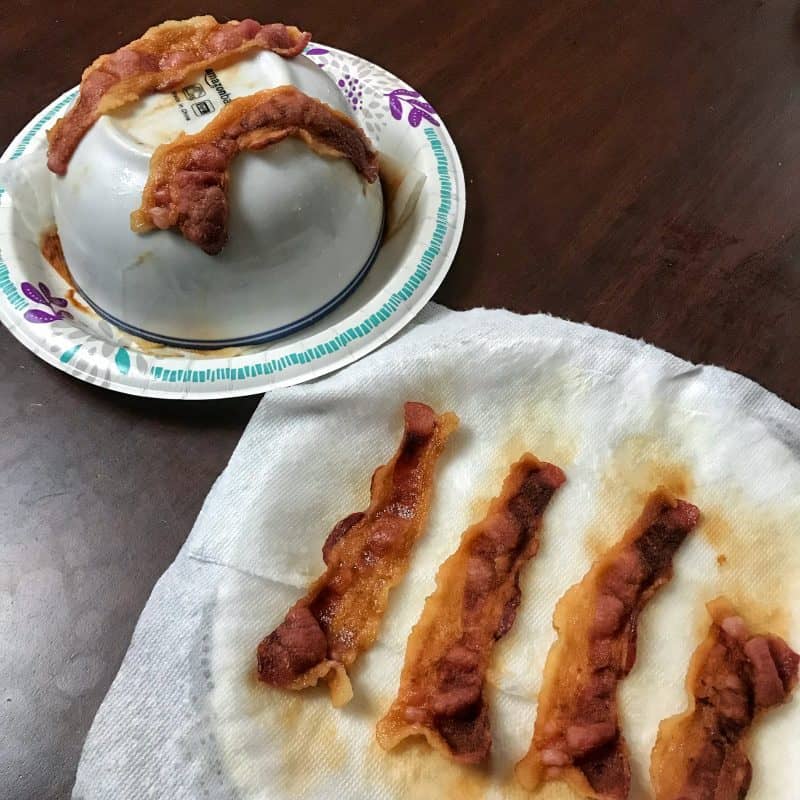 If you’d like to use raw bacon instead of pre-cooked, check out my guide on microwaving eggs and bacon.

Okie doke, that’s about it for ingredient notes. Let’s get to the recipe.

If you try this recipe, be sure to tag us on Instagram! And subscribe to the email list below if you’d like to be notified about new recipes and other happenings on the blog.

Great, delicious and easy recipe. Made a batch of 6 in a large bowl and poured into muffin tins so I could freeze individually and eat throughout the week. Thanks Mason, so glad I found you!

Love this recipe. I opted out of the peppers because, well veggies are gross. But absolutely love. It easy for the morning before work. Good flavor. And not messy as you may expect for eggs, so I could eat in the car on my way to work!

It doesn't get much easier than this. Make as written or change it up to use what's in your fridge or to fit your macros.

A recipe worth bookmarking! Such a good change-up from my regular daily plain 3 scrambled eggs. Omitted the bacon as I'm vegetarian.