This microwave French toast is perfect for the calorie conscious person that needs a healthy breakfast quick, fast, and in a hurry. With only five ingredients, this simple recipe is a perfect blank canvas you can put your own spin on to keep breakfast interesting. I’ve put a blueberry almond spin on this version, but I’ll include a few suggestions for topping combos in the recipe notes below.

As I mentioned above, the microwave French toast itself only calls for five ingredients. I’ll get to the bread in a second, but a few notes on the other ingredients and toppings first.

To keep the recipe as simple as possible, I used pumpkin pie spice which is a mixture of cinnamon, ginger, cloves, and nutmeg. If you’d rather add each ingredient on your own to fit your flavor profile, be my guest.

For the sweetener, I used a bit of stevia. But if you’re familiar with Swerve, I think the powdered sugar replacement would be amazing in this microwave French toast recipe. You can check out my birthday cake microwave cake to see Swerve in action. 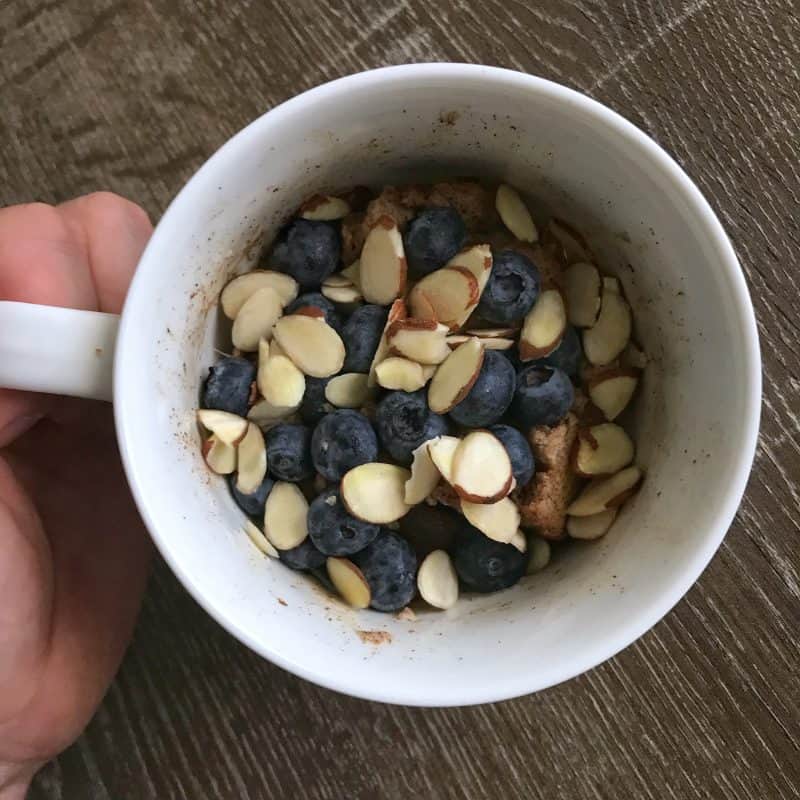 I topped my microwave French toast with blueberries and almonds, but you could take this a thousand different directions. Here are a few ideas:

Okay, that’s enough to get you started. If you put your own creative spin on this recipe, tag me in your creation on Instagram.

The Best Bread for French Toast

Nearly every French toast recipe in the world will call for brioche, challah, potato, sourdough, or maybe French bread. So you might be surprised to see this recipe calls for plain ol’ multigrain bread.

The way I see it, if you’re a French toast purist, you’re not going to be making it in the microwave. Using multigrain bread goes a long way in improving the macros (fewer carbs and calories, more protein and fiber) of this recipe.

This doesn’t mean we’re making a meh French toast. I think you’ll be surprised by how satisfying this mug of French toast can be.

If you try this recipe, be sure to tag me on Instagram! I wanna see your creations. 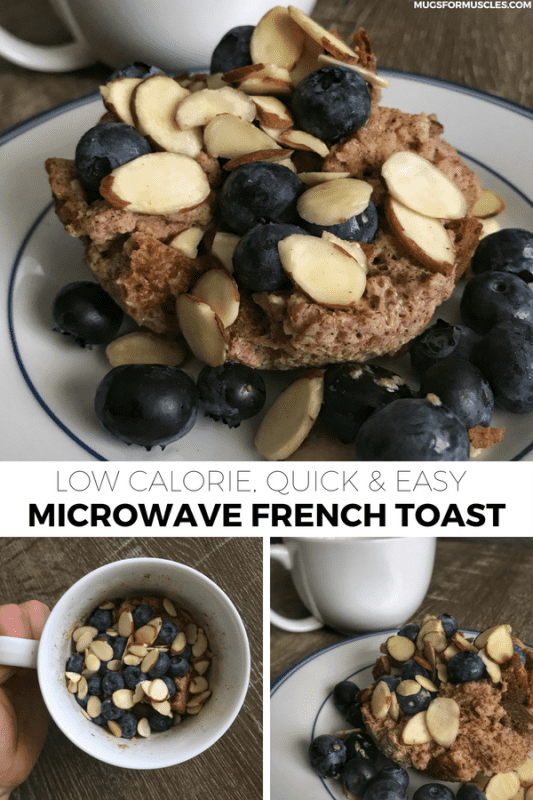 This is such a great simple and quick breakfast recipe. I have made it twice over the past few days. I am definitely adding this into my regular breakfast rotation!

So happy to hear you're enjoying it. Thanks for the feedback!